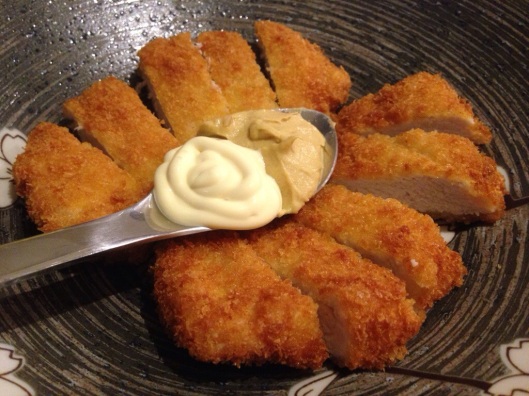 Pork tonkatsu is a deep-fried, breaded pork dish, very common dish in Japanese cuisine and generally comes in two types;  pork fillet (ヒレ, hire) or pork loin (ロース, rōsu) cut. It goes well with Japanese curries or on its own with some lemon or tonkatsu sauce (you can get these at your local Japanese grocer). I opted for mayonnaise and english mustard for mine. This is the basic pork tonkatsu, using pork loin. First you dust the meat in flour, then in an egg batter and finally some Japanese panko breadcrumbs before frying them until golden brown. You can play around with the fillings using this concept, some restaurants roll up some sliced meats and layer them with cheese, mentaiko etc. to make tonkatsu, and those are amazing as well! 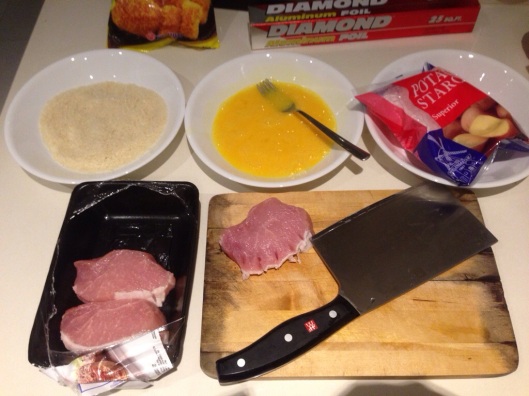 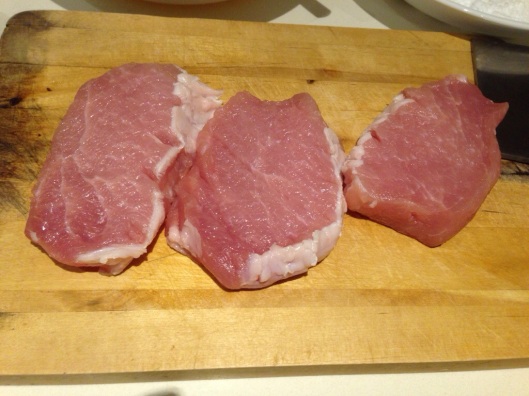 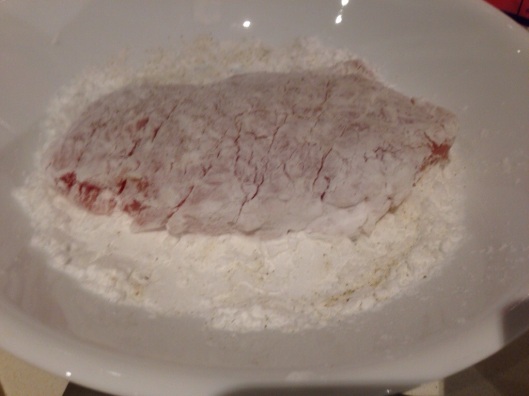 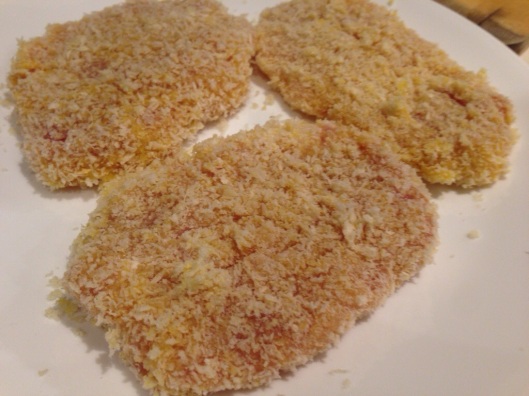 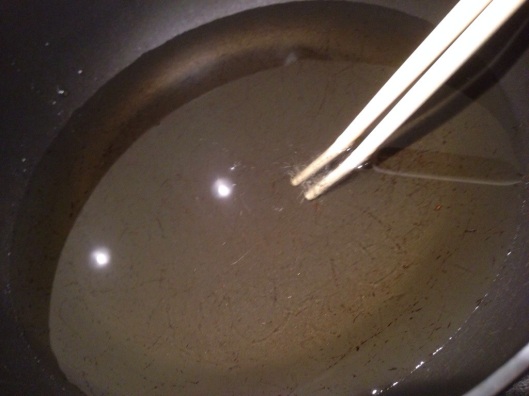 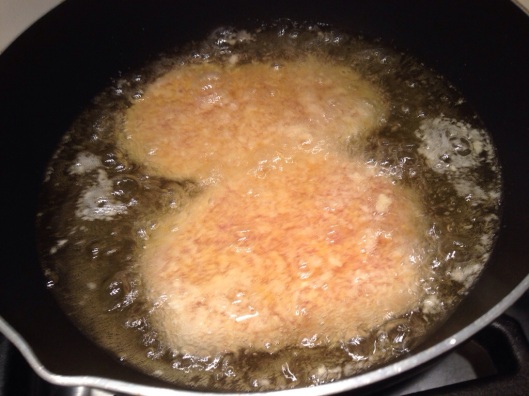 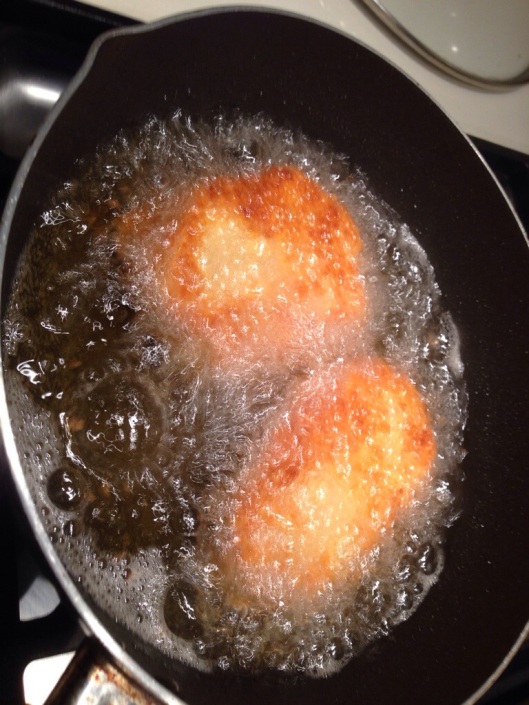 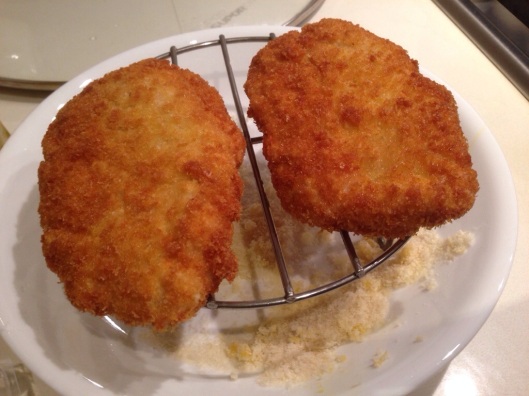 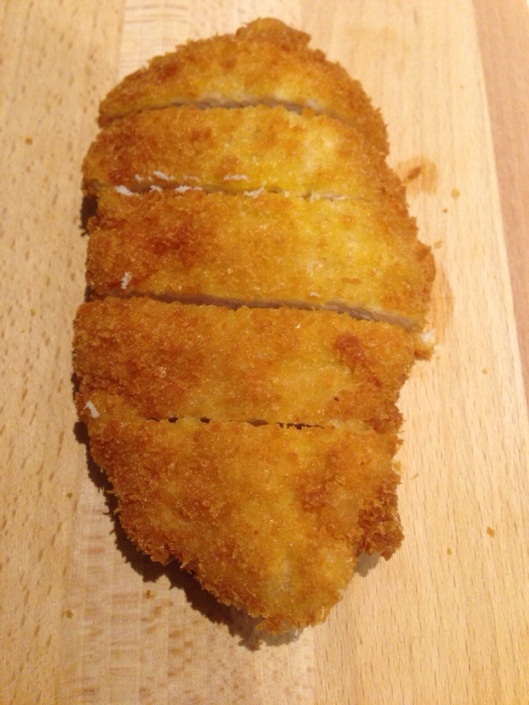 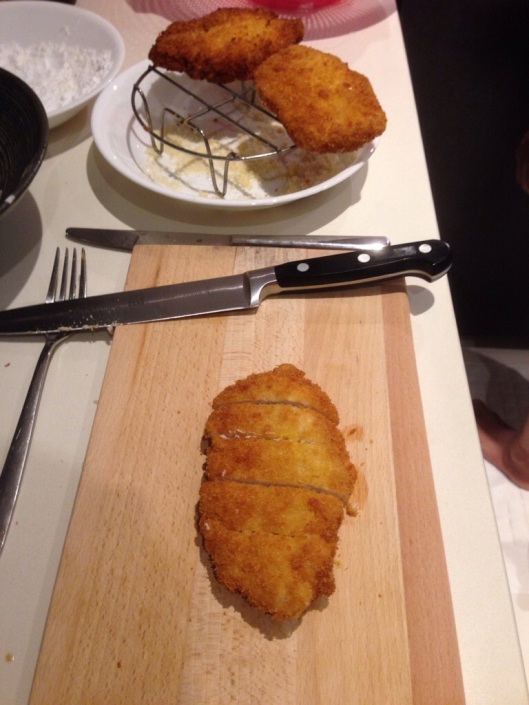 Serve!! In Japanese restaurants, this is normally served with some steaming hot white rice, miso soup and some pickles with some lemon and sauce on the side. Along with a mountain of shredded cabbage. Makes you feel a lot better about all the deep fried food you’re about to have ;D 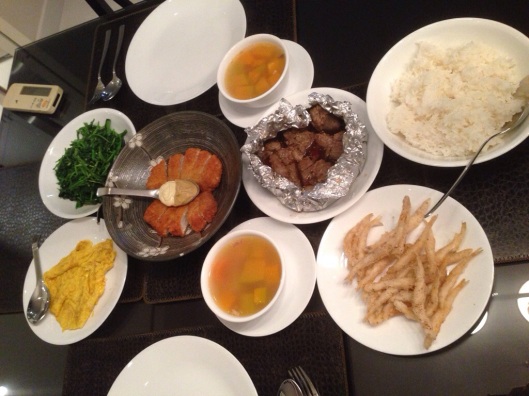 Er…. but the Malaysian that I am decided to serve it with a variety of other foods. Made a simple fried omelette dish, some deep fried breaded silverfish, stir fried green vegetables and my favorite garlic soy lamb!