Here is the second half of the lobster (first half of which went to making the lobster pasta) and the easier recipe of the two. The original version called for fresh river prawns/big head prawns but since I had the lobster, I figured I could use that instead and add in some large prawns as a bonus. Since there is no recipe that I could refer to online I tried to recreate the taste the best I could remember. Turns out I’m actually quite satisfied with the results! Now without further ado, the recipe:-

The array of ingredients 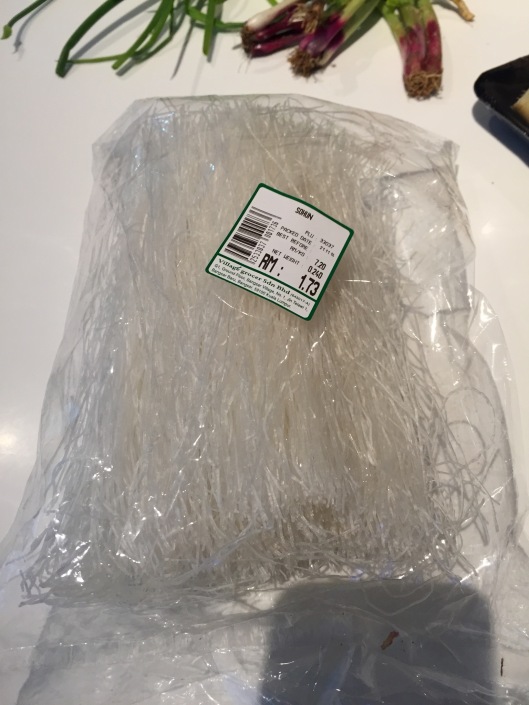 So we shall start with the prawns. De-shell all the prawns and set the shells/heads aside. Do NOT throw them away! Then devein them and cut each prawn into three sections.

Size of the prawn heads and my hand, just for comparison.

Lots of flavour in those prawn heads! 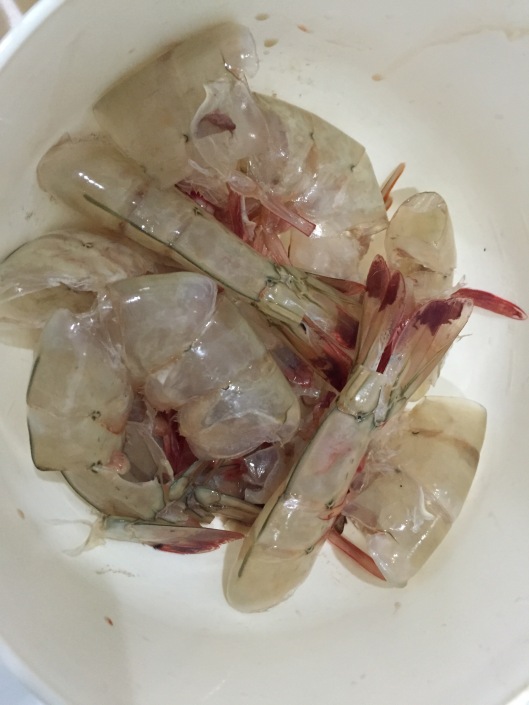 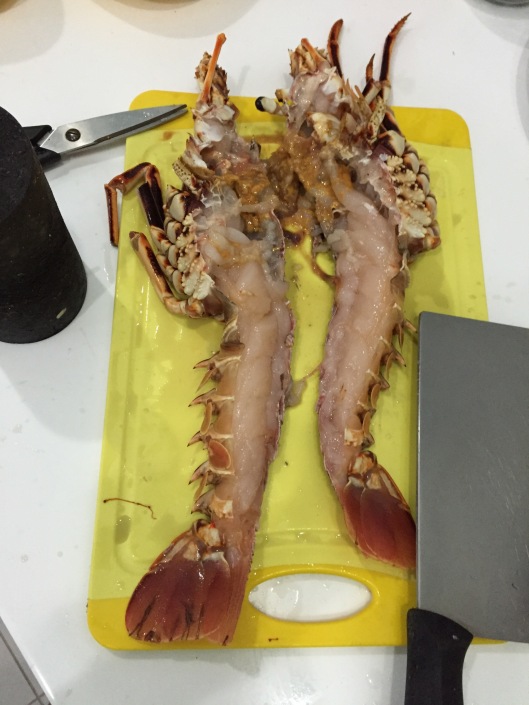 Cut the lobster into half. If the lobster is as spiny as this one, do use a towel and be very careful when handling it. A pair of strong kitchen scissors would be a great help here.

More pictures of the lobster… as you can probably tell, I’ve added pictures from a second lobster noodle attempt into the mix. The second lobster looked way fresher and more succulent with its firmer white flesh and golden globules. 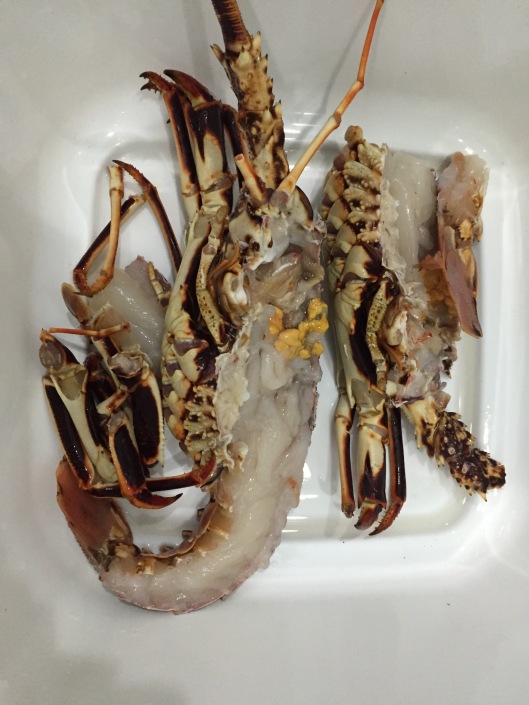 When you’ve managed to cut the lobster into half lengthwise, chop the tail into three parts and dig out some of the flesh from the head (I forgot to do that here) and set that aside with the prawns. Leave the orange/golden stuff behind.

Heat up some oil in a large pot and fry the ginger, garlic and onions until the onions are translucent and the aroma of the ginger comes out. It helps to crush the ginger before or during this step.

Add the prawn shells and fry until half cooked (almost that coral colour they become when they’re fully cooked) before adding the lobster head to the pot. 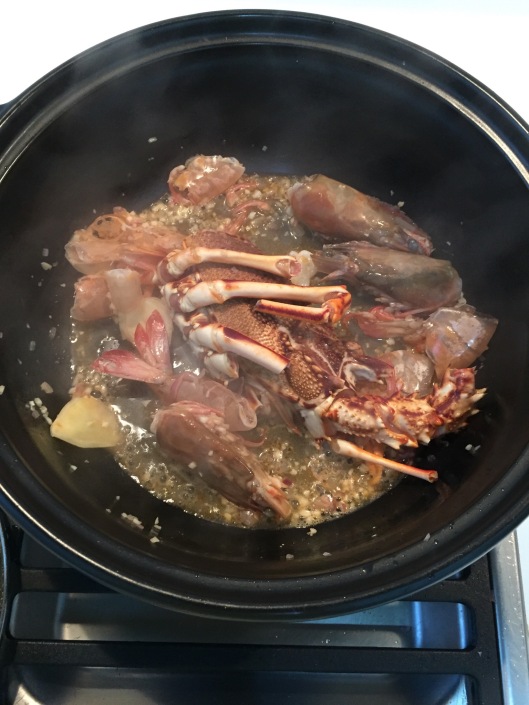 Continue frying for a minute or so, adding a little oil if it gets too dry. Then add the shaoxing wine to soak up all that flavour that’s coming from the prawn shells and lobster head. I actually would have liked to add another half cup of shaoxing wine but I was worried my family may not like the taste so I stuck with half a cup, but go ahead and use that extra half a cup if you like. 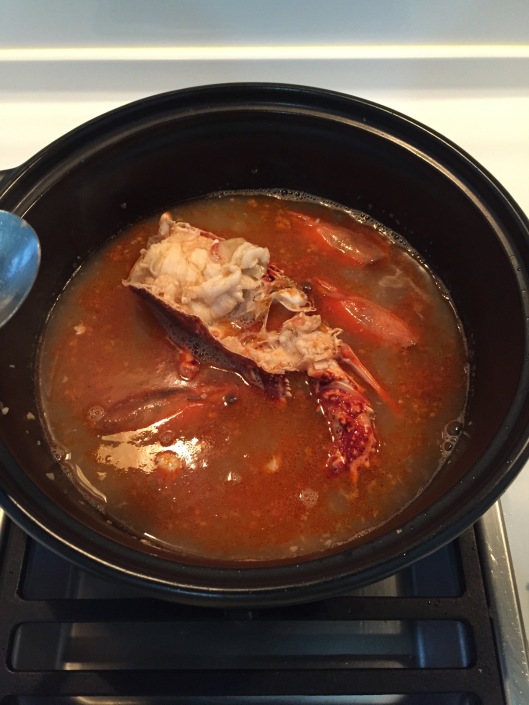 Add the stock and simmer for around 15 minutes before turning off the heat. Cover the pot with its respective lid and leave it for perhaps an hour.

Toss in the lobster and prawn meat that was set aside earlier, along with the spring onion sections, lettuce and glass noodles. The reason why we cook the shells and the meat separately is so that we can extract the most flavour out of the seafood from the shells without overcooking the meat, which is only added at the end. If you were to cook the meat right at the start, you’re going to end up with some very hard, overcooked and dry chunks of prawn/lobster which is such a waste of good seafood.

Place the lid back on and bring the soup to a boil. 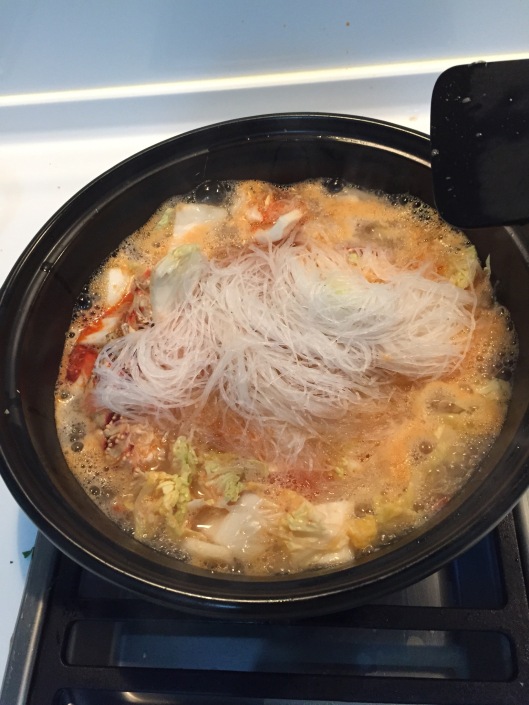 Add the sesame oil at the end and season with salt. Top with chopped spring onions and coriander. Easy peasy! 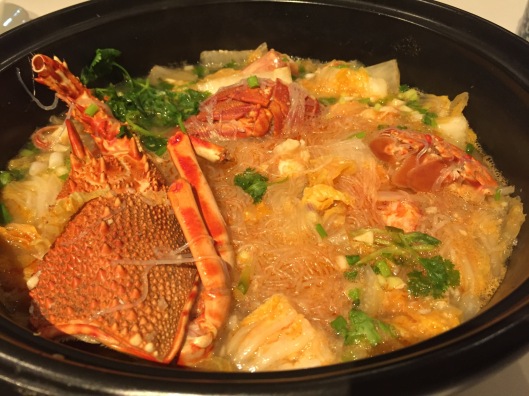